Sometimes we find that in the world of watchmaking there are brands whose main purpose is to be more than just a ‘watch’ or an accessory. These brands aim to show the personality of the person who owns it, making it unique and unmatched. In this theory,  Anonimo and Eberhard coincide.

How is it born?

In the late 1990s Richemont Group acquired Officine Panerai, which had been operating in Florence, Italy since 1860. At the same time, he moved his production to Switzerland, and with hands that had previously worked for Panerai and with the support of the Ambucci workshop, founded in 1939 and an expert in watch cases,  Anonimo Watches was forged.

The most popular lines

From the beginning,  Anonimo Watches' efforts focused on divers. One of the first watches, in 1998, was "Millimetri", a piece that stood out for its great resistance to great depth. In 2013, the brand management changed hands and decided to move to Switzerland to have a global reach. Despite this, it continued to retain Italian design.

Its iconic collection is that of  Militare, which transmits the spirit of the brand, stands out for its resistance and is able to withstand any challenge.

The  Nautilo line combines pieces of both casual and sporty designs. 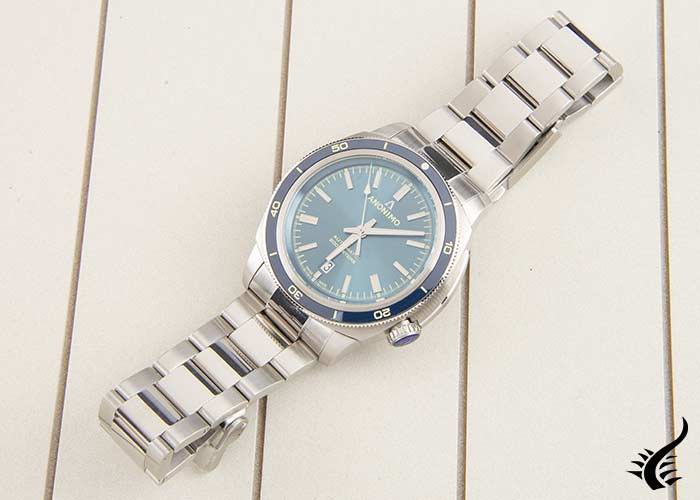 And finally, the  Epurato collection, the most refined and minimalist. 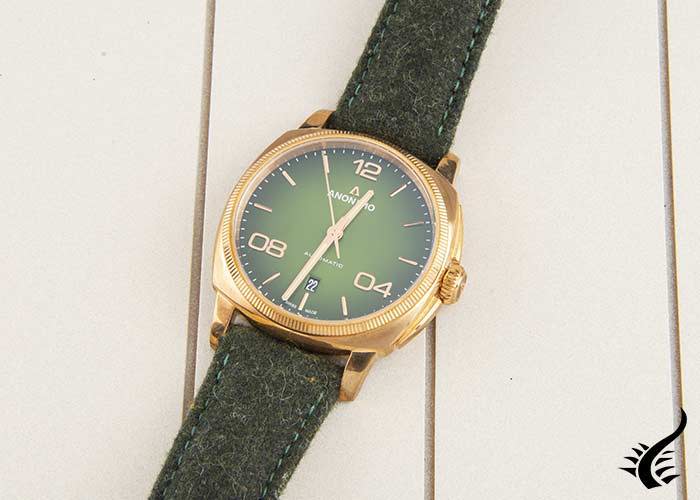 All of them are robust and elegant at the same time. In its dial the letter "A" of  Anonimo Watches is exalted in an inferred way; the numbers, markers and indicators are always placed at 12:00, 4:00 and 6:00, that is, these points form an imaginary letter "A".

Over time,  Anonimo Watches has achieved its recognition in the watch market thanks to its good work. Elegance, commitment and functionality, concepts that have been perfectly transmitted to your target audience, allowing you to stand out with high capacities, innovative models and exceptional delivery to achieve the initial purpose.

How is it born?

The history of the  Eberhard & Co. watchmaker begins in 1887, in Switzerland, when the Swiss watchmaker Georges-Emile Eberhard decides to create his own watch factory under the name of Manufacture d'Horlogerie Eberhard & Co.

Since its inception, with the launch of the first pocket chronograph equipped with a chronograph function, and over the years, the quality and prestige of these watches have increased, thus becoming one of the most important watch companies in the world. 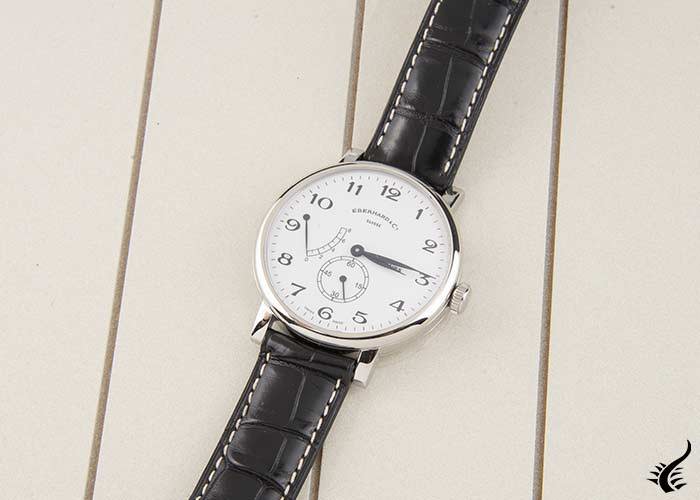 The most iconic models

One of its most important collections is that of  Chrono 4, which completely revolutionized the aesthetics of chronographs, whose four counters were presented horizontally aligned on the dial for the first time in history, allowing an immediate and sequential time reading. Years later, the brand goes even further, placing these four subdials in a vertical line on the  Chrono 4 Temerario. This model also included up to three patents, relating to the construction of the movement, the access system to the regulation crown and the closure of the strap. 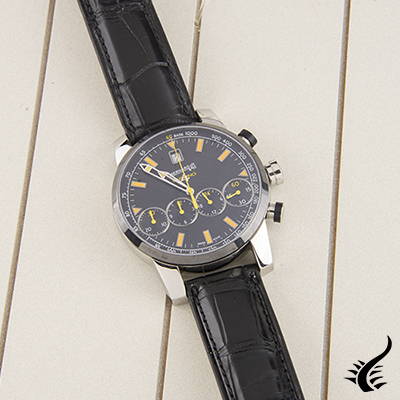 The  Gilda collection is one of the most sensual feminine collections by  Eberhard & Co, always faithful to its harmonious curves. The shape of its case is what gives it its personality, thanks to its oval design and a spectacular print on the back.

Eberhard introduced the  Traversetolo collection in the 1990s, contributing to the launch of the new oversized watch trend thanks to its 43mm diameter case. Despite the passage of time,  Traversetolo pieces are still a classic of the brand.

The  Extra-fort collection, launched in the late 1940s, takes its name from its robust box. It is considered the forerunner of all contemporary chronographs created by  Eberhard & Co. for the "elegant sports" market. Since its introduction, the  Extra-fort has become one of the company's most iconic models, with successive reissues and commemorative reinterpretations benefiting from significant technical improvements.

It is also worth noting the  Scafograf collection, a perfect combination of styles and mechanics that makes it the maximum expression of design from the mid-1960s, where the characteristics of the older models are mixed with those of the new ones. 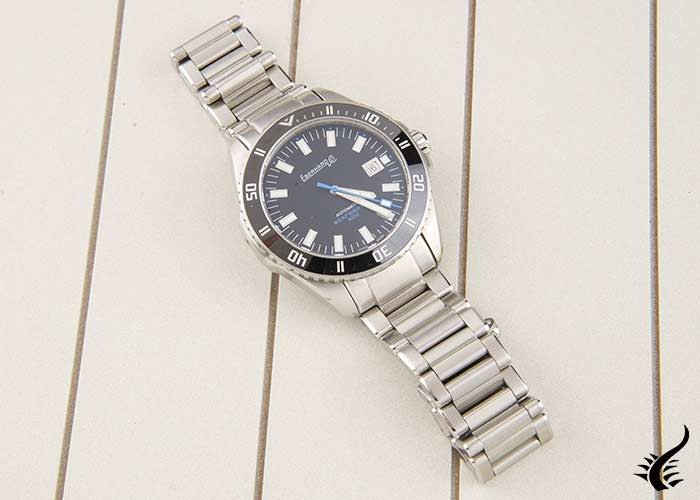 The  Champion V line, which has been around since the 1990s, continues to retain its original charisma, while giving it a more contemporary look. Elegance, refinement and sportiness are the characteristics of these pieces. 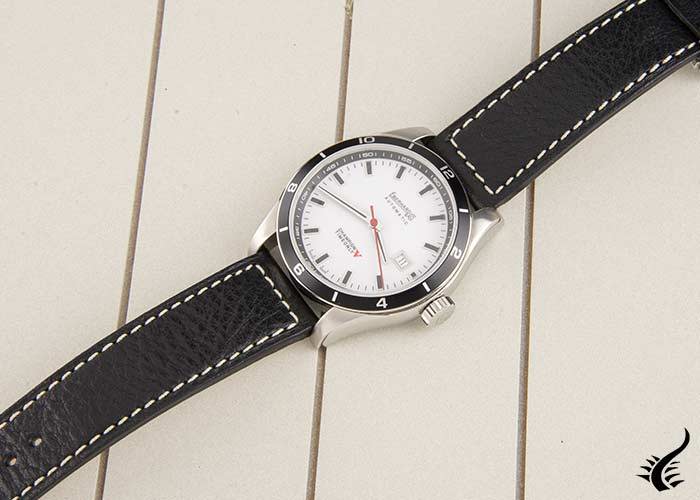 In addition, one of the most distinctive signs of  Eberhard is its patented Declic folding clasp, which features a safety lever mechanism. This element is so characteristic of the brand that it has the option of incorporating it in almost all its models.

Discover all  Anonimo and  Eberhard models available at  Iguana Sell.

And if you want to know these pieces in person, do not hesitate to contact us with any questions or doubts about our products. We are at your service!

Have a nice day!

The anatomy of a fountain pen

The watch arrived within a week of ordering. Tracking was excellent. The plaque inside the box doesn't say Special Edition. Apart from this the overall experience is amazing.
Good packaging & presentation box.
The watch itself is absolutely stunning, the attention to detail at the bracelet and watch is superb. Every detail of the watch is finished with perfection in mind.
The price is right and the service good.

This nib is worth the price premium. Check out my full review here: https://ukfountainpens.com/2020/06/28/is-a-sailor-special-nib-worth-it-hands-on-with-the-naginata-cross-concord/

If you are looking for a top quality Flieger Watch with a Swiss Automatic Movement, Sapphire Crystal, Great Dial in terms of Legibility, Lume and a black background Date Configuration at 6 o'clock + "Made in Germany". But! You don't want to break the bank in terms of the cost, then look no further for this is the watch for you.

The quality of this watch is superb but the value for money is insane especially when purchased in conjunction with Iguanasell's 18% voucher code for signed up members. I've only had the watch a few weeks now but it is already a firm favourite in fact I'm seriously tempted to pick up it's Beige Dialled sister watch (the 5156-5) too......

P.S. The buying experience through Iguanasell was top notch with super fast courier shipping to the UK (delivery was within a couple of days) and I would have no hesitation in recommending the company. 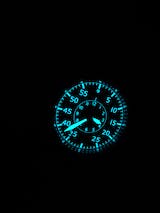