To talk about  Namiki, first of all, we have to mention  Pilot, who started its history with pen manufacturing in Japan in the early 20th century and was the first company to develop the retractable or capless pen.  Pilot Custom pens are highly regarded for both their comfort and functionality.

Namiki is a Japanese brand of writing instruments owned by  Pilot Corporation.

Starting in the 1920s, Japanese Urushi lacquer and the  Maki-e technique began to be used with its founder Ryosuke Namiki at the helm. The introduction of the  Urushi lacquer was thanks to the pioneer Shisui Rokkaku and later his student Gonroku Matsuda with Maki-e, a combination of both that ended the Maki-e fountain pen.

When they finish with the layers of lacquer, with some chamois they polish it and apply the Maki-e technique. Then, with a burin, which is a flat-pointed square punch, similar to a chisel, they scratch part of the body of the fountain pen and make finite indentations to give the necessary relief to the pen.

The drawings created by the teachers have a specific meaning, such as gold fish and flowers, which are one of the most common motifs. Other designs tell Japanese stories, traditions, or legends. 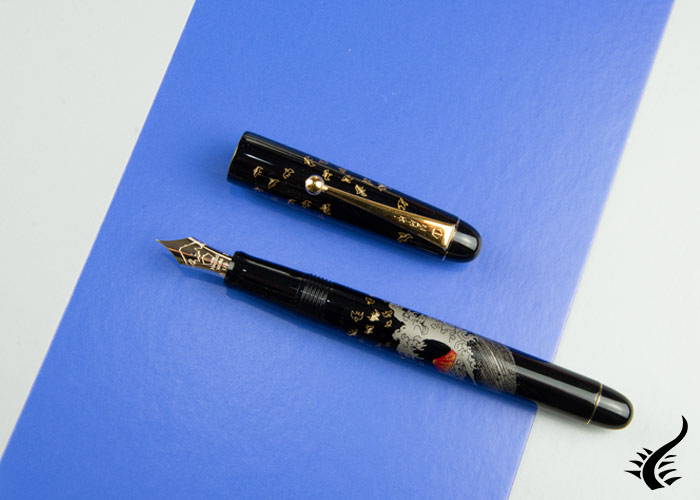 One of  Namiki's most iconic collections is the  Emperor. They are large pieces with a Nanba 50 nib, it is one of the most unusual nibs on the Asian fountain pen market, as there are probably not two like it. One of the peculiarities of this nib is that it has drawn the iconic Japanese Mount Fuji, one of the most recurring symbols in Japanese culture. They are true works of art, so unique in their elaboration that Namiki sells them with a lifetime guarantee. 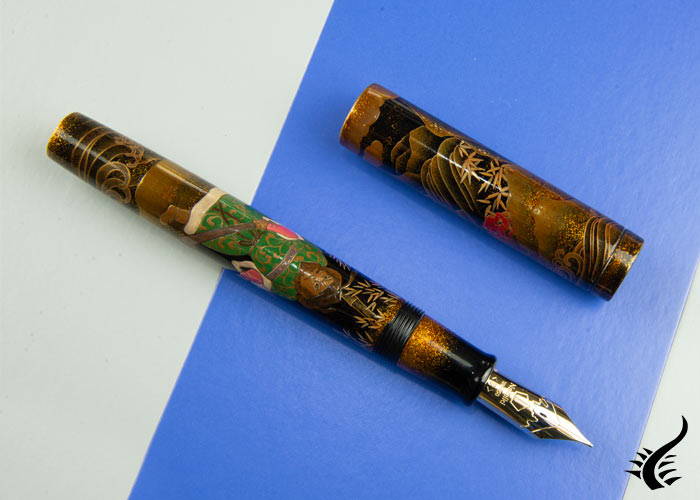 The  Yukari line vividly expresses the nature of the four seasons, with which the Japanese have been familiar since ancient times, combining designs with various techniques such as Togidashi-Taka Maki-e and Raden.

The Japanese word Yukari symbolizes the connection between people. The fountain pens of the  Yukari Royale collection are designed in a large size and are adorned with elaborate motifs created using the Togidashi-Taka Maki-e technique, incorporating the use of various materials such as lacquer or charcoal to add depth to designs. 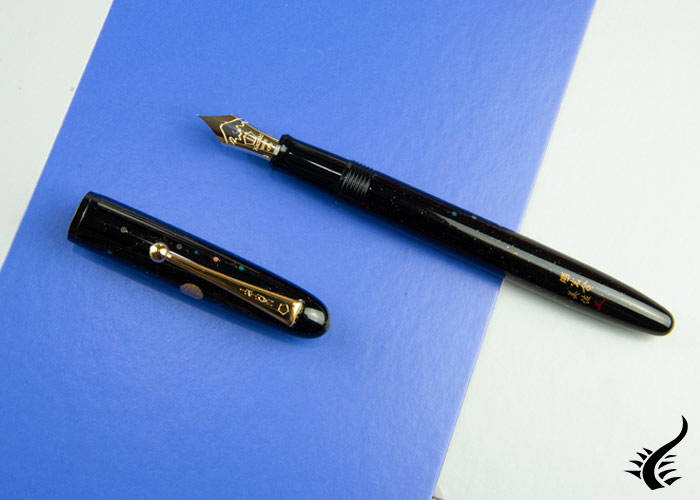 The  Nippon art collection takes traditional Japanese and auspicious themes known around the world, and draws them on a black lacquered background in Hira Maki-e (Flat Maki-e). The glossy black of the lacquer, together with the overflowing vitality of each work, makes it a sight to behold. 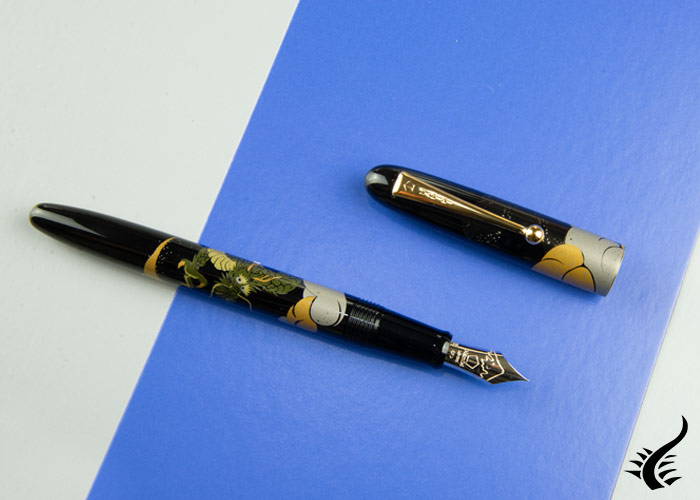 Doubtless Namiki Capless is one of the lines most demanded ones. Its design gives you the smooth writing experience of a fountain pen, but also all the convenience of a normal click pen. In case you missed it, we invite you to learn all about  retractable fountain pens on our blog! 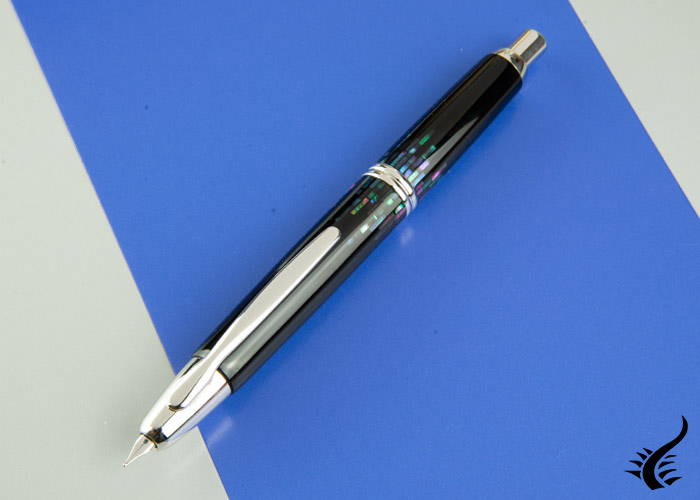 Do not hesitate to visit our boutique to see the entire  Namiki collection in stock with its spectacular pieces.

If you have any doubt or question, do not hesitate to contact us. It will be a pleasure to help you.

I’m so glad that I ordered from Iguana. Great customer service. I got my beautiful watch just within few days after I ordered online.

I would highly recommend Iguana.