By offering a pen, you give inspiration, a lifelong instrument, a precious jewel.

A watch is much more than an instrument for measuring time. Surprise with the perfect watch

To learn about the first steps of the brand in the field of watch movement manufacturing, it is necessary to go back almost 150 years, when in 1856 Dr. Josef Girard and the school teacher Urs Schild opened a workshop of watch movements in the small Swiss town of Grenche. A few years later they also began to manufacture these movements for wrist watches. However, the basis on which it had started was evident in that the company had divided into two: ETA for the production of movements, and Eterna for producing precision watches.

But without a doubt, time for Eterna stands still and magnificent in 1948, when it shows its innovative prowess with the rotor system mounted on wheel bearings. Five small balls –they became the logo that wears on their creations and on the dial–, which have become one of the most interesting inventions to overcome the friction and wear problems suffered by self-loading calibers. In addition to making it possible for women's watches, much smaller, to have automatic winding movements.

Eterna established a new standard that is still in force today and is incorporated by all manufacturers into their products. But it is not the only field in which Eterna has left its mark, and the one that best illustrates this is the KonTiki, a watch created to overcome the most extreme weather conditions of an expedition that sailed through the Pacific. Their boxes passed the test and proved the technicians who, since 1930, had worked to achieve optimum sealing. It mounts the well-known caliber 1422-U, thus being an automatic watch with a central second hand, which beats at a frequency of 18000 A / h and has a power reserve of 48 hours. One of Eterna's great contributions to watchmaking was the incorporation of ball bearings in the rotor, thus changing from a manually wound watch to an automatic one.This type of movement is known as Eterna-Matic, thus differentiating itself from the rest of the watch. A collection called Eterna, from the moment of the invention of this system the five 0.05mm bearings became the characteristic logo of the brand, remaining intact to this day. 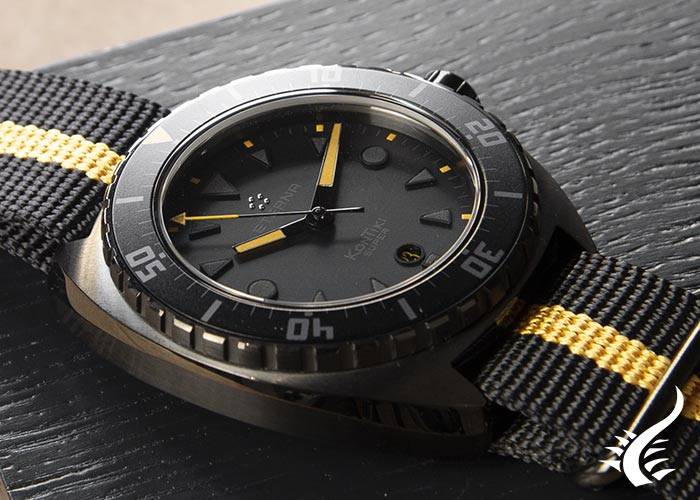 Inspired by the iconic Eterna watches of the 1950s and 1960s, the Eternity collection is the ultimate exponent of timeless elegance. Eterna presents its classic watches for the true gentleman. An indispensable accessory capable of combining a minimalist design with the most cutting-edge watchmaking technology. 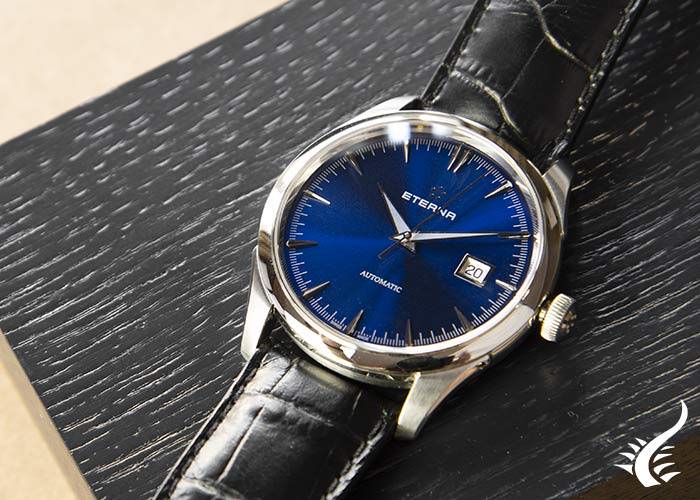 The rich history of Eterna is something the brand holds very close to its heart and this legacy is something that its watches embody in every watch in the Heritage collection. 160 years of heritage give Eterna watches a wealth of incredible achievements and iconic designs to draw on for each watch in this collection. To ensure the highest level of workmanship, the Heritage has been manufactured using the very latest in watchmaking technology, as this guarantees only the highest level of standard when it comes to precision and reliability.

If you want to know more about Eterna watches, do not hesitate to visit our website. At Iguana Sell in Madrid, you will find a wide collection of Eterna pieces in stock that you can buy with 24-hour express shipping.

And, of course, if you require more information or want to place your order, do not hesitate to contact us. You can write us an email, or visit our store in Madrid, at Núñez de Balboa 90. It will be a pleasure to help you.

We are waiting for you!.

Very pleased with the look and quality of the watch and strap . Efficient service and delivery

Good watch and real quality for the money

Obtained a Montegrappa Zero at an unbeatable price and it was delivered swiftly within 48 hours. Excellent company to deal with.

The color of dial is so cool and the shipping process is fast and safe.

I am delighted with my new Visconti Fountain Pen. It is a beautiful writing instrument and a joy to own. The service I received from Iguanasell was first class. I was informed my order had been delayed for shipment and further details were provided promptly. Once shipped the product arrived very quickly, securely packed against damage. I am happy to recommend Iguanasell and would definitely use them again.