Creativity and innovation made in Switzerland

"There are a thousand thoughts lying within a man that he does not know till he takes up a pen to write."

Caran d’Ache's love for writing and pens, expressing emotions with words on paper, has made it an internationally recognized exemplar.

Throughout its history,  Caran d'Ache has continuously manufactured pens to the highest standards. The brand produces a wide range of products that include fountain pens, rollers, ballpoint pens, and mechanical pencils in all its collections. 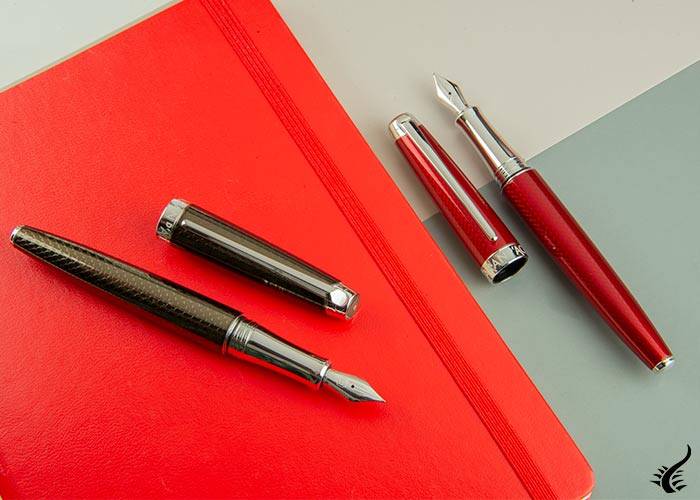 The company was founded in Geneva in 1915, but did not start using the name Caran d'Ache until 1924. The name was in honor of the famous French cartoonist Emmanuel Poiré, who used the name as a pseudonym. However, the history of the name goes a little further than that, which has its origin in the Russian word for pencil, which is "karandarsh".

The design of each writing instrument is made by a highly talented group of passionate artisans in the Geneva workshop. Due to the dedication and quality instilled in each piece,  Caran d'Ache is proud to work with famous designers such as Paul Smith and India Mahdavi. In addition, the brand is also known for supporting young illustrators and artists who bring their creativity to products.

Its most outstanding collections are:

The  Ecridor line with its hexagonal shape, elegant decoration, luxurious materials and Swiss quality, is the favorite of many lovers of fountain pens. Its instruments are available in a silver version with a rhodium coating or a gold plated version. The rhodium coating ensures that the pen does not become opaque during use. Its main finishes are:Cubric, Retro and Chevron. 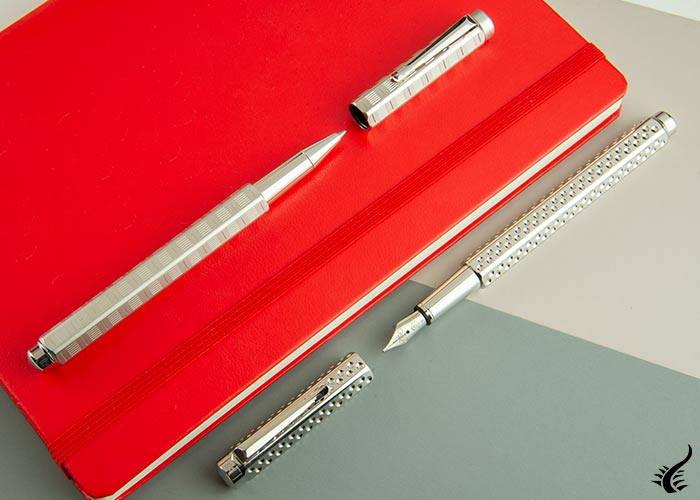 The  Léman line is a true tribute to the most beautiful colors of Lake Geneva, which falls on the northern side of the Alps. It is beautifully shared between Switzerland and France and is one of the largest lakes in Western Europe. It combines magnificent lacquer colors with the shine of precious metals. It stands out for its finely rounded shapes, which provide unrivaled writing comfort. 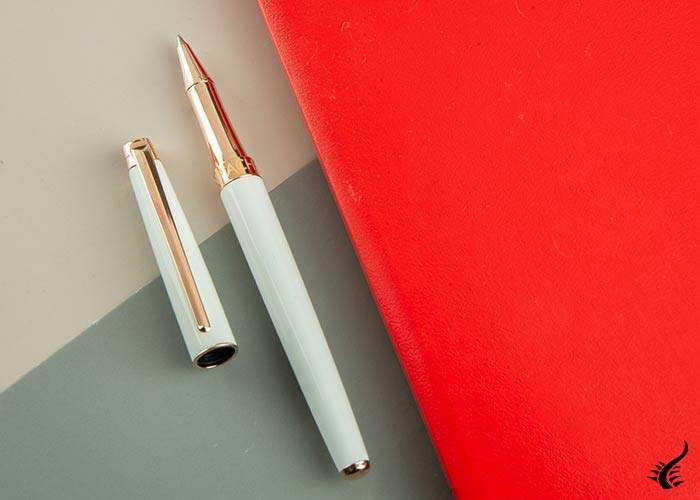 Did you know that Caran d’Ache is a brand very committed to the environment?

Caran d'Ache has taken multiple measures to protect the environment in many ways. She is admired for its commitments to long-term causes such as sustainable development and social responsibility.

An example of this is when  Caran d'Ache established a recycled water circuit with a capacity of 145 m 3 per day, which helps the company to reduce water consumption by 20%.

Do not hesitate to visit our boutique to see the entire  Caran d’Ache collection.

If you have any doubt or question, do not hesitate to contact us. It will be a pleasure to help you.